Bihar caste census: All shouldn’t be properly in BJP-JDU, there could also be uproar very quickly, says Upendra Kushwaha

The confrontation over the caste census in Bihar has kicked up one other row between the BJP and the JDU. Upendra Kushwaha mentioned that due to the BJP, no choice is being made in regards to the caste census. 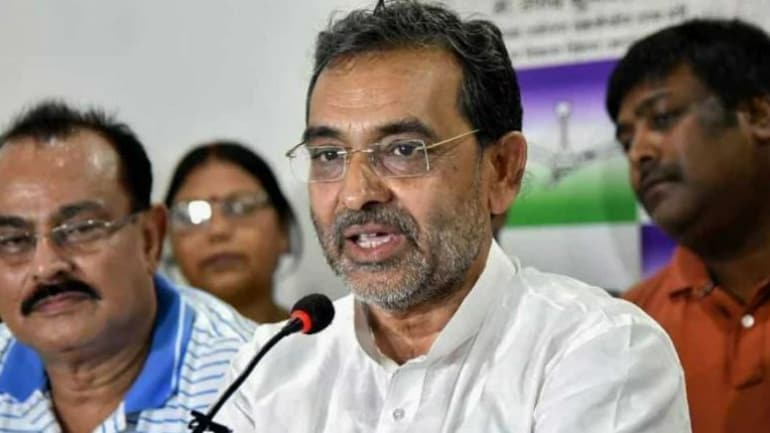 In accordance with political consultants, Upendra Kushwaha has put his hand within the beehive. (File photograph)

The continued politics relating to the caste census shouldn’t be going properly between the Janata Dal United (JDU) and the Bharatiya Janata Occasion (BJP) in Bihar. JDU chief Upendra Kushwaha has mentioned that due to the BJP, no choice is being made in regards to the caste census.

A day after agriculture minister Amarendra Pratap Singh mentioned that the federal government wouldn’t be allowed to run on the behest of opposition chief Tejashwi, Upendra Kushwaha jumped in on the difficulty. The difficulty is getting out of Nitish Kumar’s fingers and getting entangled within the statements of different JDU leaders.

The BJP can be reportedly unable to regulate their leaders, and Upendra Kushwaha does the other of what Nitish Kumar says.

Now, hitting out on the BJP, Upendra Kushwaha has mentioned that the caste census was being delayed due to the BJP. This assertion of JDU Parliamentary Board President Kushwaha was sufficient to instigate BJP leaders.

The JDU chief mentioned that due to the BJP, the all-party assembly shouldn’t be being held and no choice is being taken relating to the caste census.

The JDU leaders are anticipated to answer Ram Singh’s statements.

If political consultants are to be believed, Upendra Kushwaha has put his hand within the beehive. Lately, after Amit Shah’s go to to Bihar, the BJP leaders had been much less verbal. Now Upendra Kushwaha has once more elevated the stress between the 2 events by upsetting them.