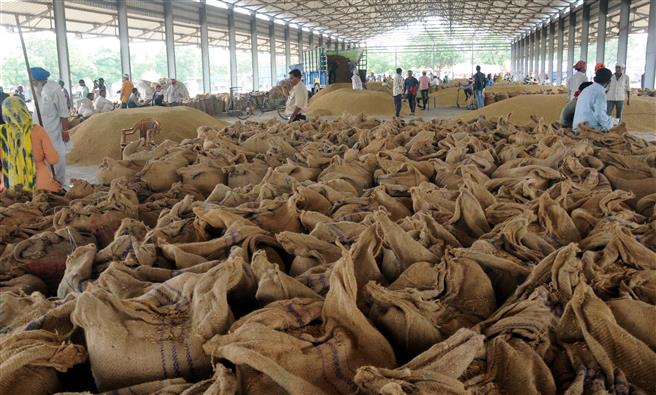 Price refundable in UP, Punjab

In close by states comparable to Punjab, Uttarakhand and UP, the market payment and RDF are refundable on export. Apart from, electrical energy charges, labour costs and different expense are already larger in Haryana than the costs in close by states. Sushil Jain, State prez, HREA

A delegation of exporters met the Extra Chief Secretary, Agriculture and Farmers Welfare Division, the CA, Haryana Agricultural Advertising Board, and different senior officers on Wednesday.

They highlighted the distinction between the market and different payment of the neighbouring states with that of Haryana. At current, basmati farmers must pay 6.5 per cent charges comprising 2 per cent market payment, 2 per cent HRDF and a couple of.5 per cent arhtiyas fee, whereas all charges are 3 per cent in Delhi, 4.5 per cent in Punjab, 3.25 per cent in Rajasthan, 3 per cent in UP and Uttarakhand, 1.70 per cent in MP, they knowledgeable the upper authorities of each departments.

Vijay Setia, former president of the All-India Rice Exporters Affiliation, mentioned the federal government had elevated the market payment on basmati paddy from 0.5 per cent to 2 per cent final 12 months. It had additionally raised the HRDF on basmati paddy from 0.5 per cent to 2 per cent in January. Each steps will have an effect on the rice commerce and in addition the basmati farmers. He additional mentioned the fee of the arhtiyas (kachi aadhat/dami), market payment and RDF are the very best in Haryana in comparison with different neighbouring states. The affiliation additionally alleged that attributable to excessive charge of market charges and HRDF in Haryana, an unhealthy completion had been created between charges evaders and sincere businessmen. It had change into tough for an sincere industrialist to compete and run his enterprise in Haryana, mentioned Setia, including that different states authorities are offering advantages to the rice trade, whereas in Haryana, the federal government just isn’t supportive of the rice trade.