BJP MP from Bharatpur in Rajasthan Ranjeeta Koli on Monday alleged that mining mafia attacked her car and tried to kill her.

The BJP MP also staged a sit-in accusing the police of not taking immediate action on his complaint. ANI reported.

“I saw around 150 trucks which were overloaded. I tried to stop them but they ran away. They thought I was in the car and thus they pelted stones and broke my car. I could have been killed. It is an attack on me but I will not be scared,” Koli told ANI. 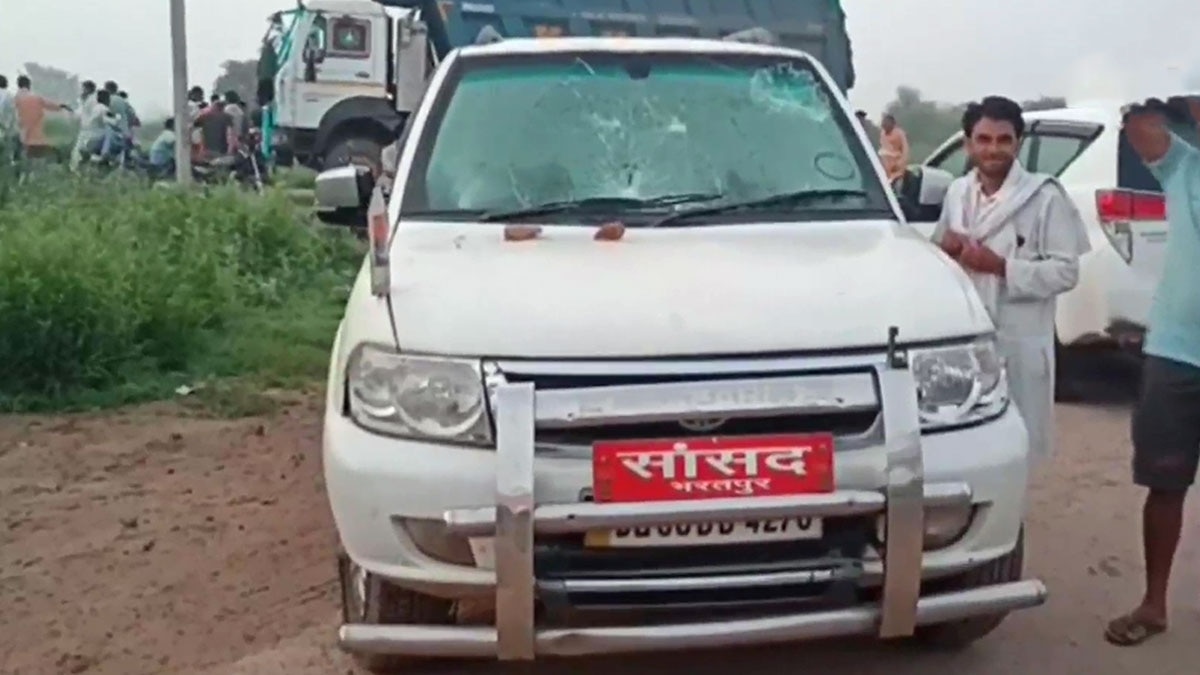 District Magistrate Alok Ranjan said that he reached out to the BJP MP and asked him to file a complaint. “She sat on a dharna and alleged that overloaded trucks pelted stones at her. We came here and asked her to complain, she agreed. He alleged that he did not get an immediate response from the nearby posts, which have been brought to the notice of senior police officials,” he said.

Meanwhile, Union Minister Arjun Meghwal condemned the incident. “Anarchy in Rajasthan, mining mafia ruling the state. They had the guts to attack our sitting MP Ranjita Koli. This is not the first but the fourth such attack on him. The law and order situation in Rajasthan is deteriorating. Crimes against Dalits and women are on the rise,” Meghwal said.

Chaos in Rajasthan, mining mafia ruling the state. They had the guts to attack our sitting MP Ranjita Koli. This is not the first but the fourth such attack on him. Deteriorating law and order in Rajasthan, crime against Dalits and women is increasing: Union Minister Arjun Meghwal pic.twitter.com/c2mOqBvGlN

“The MP told us at night that she was on her way from Delhi when she saw overloaded trucks. He tried to stop them, while two-three trucks stopped, others fled. He also said that while fleeing, they pelted stones at his car, attacked him,” said assistant superintendent of police RS Kavia.

BJP leader Rajyavardhan Rathore also condemned the attack on the BJP MP and said the rise of elements including the Popular Front of India was blessed by Rajasthan CM Ashok Gehlot and the state was “number one for rape in the country”.

#watch , BJP MP Rajyavardhan Rathore after BJP MP from Rajasthan’s Bharatpur Ranjeeta Koli alleges attack on mining mafia: Rise of elements including PFI in Rajasthan has got CM’s blessings… Rajasthan number one for rape in the country Is.” police action pic.twitter.com/PZn2hEFoYA

27 out of 36 states and union territories are providing at least subsidized power to consumers Data from the Ministry of Power shows that ₹1.32 trillion was spent across the country in the 2020-21 financial Read more…